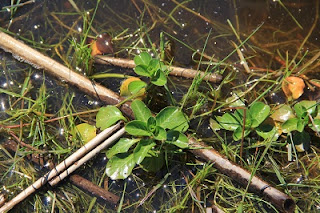 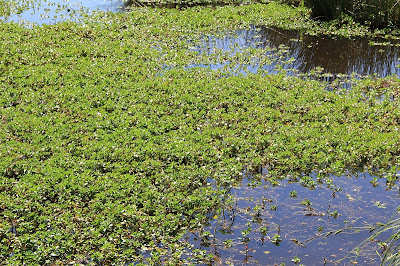 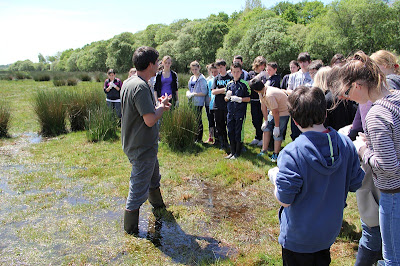 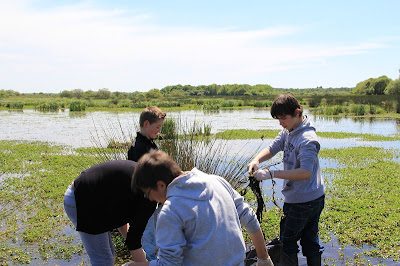 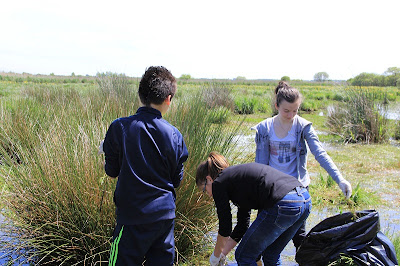 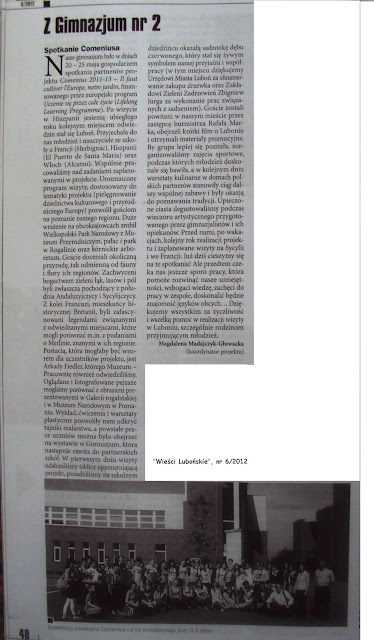 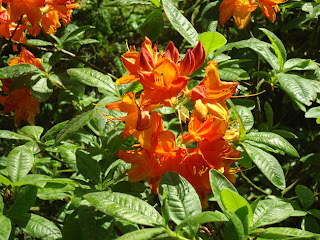 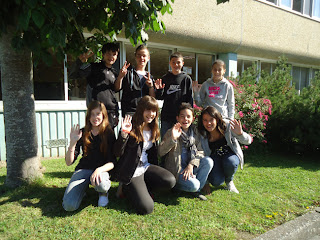 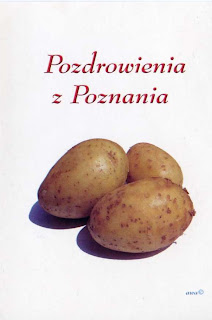 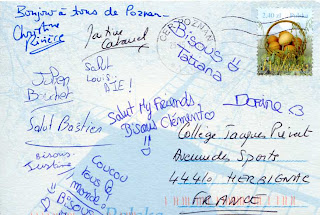 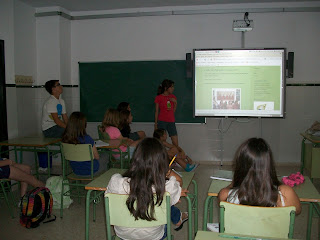 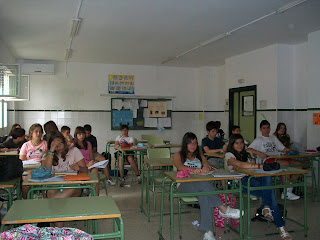 COMENIUS PROYECT:POLAND
Sunday 20:
We went with two teachers, Paco and Lorenzo. We were in the airport of Jerez at 5:30, then we flew to Madrid and later to Berlín, and at 14:00 we took a bus which went towards Lubón. We arrived at Lubón at 16:00, there our polish friends were waiting for us with their families and the teacher. The trip was really hard. It was really fantastic because we saw them again! Then we went to our polish houses. Amalia and Marta came to Julia´s house and an hour later we went to a park, a little bit later we went to a supermarket, it was called Pajo Centrum where we had dinner, and then we returned to the house walking.
Monday 21:
We had to be in the school at 8:00. All the people were looking for us. We were in the hall with the groups of France, Italy and Poland. The teacher of Poland said our names and gave us a present (it was a bag, and in the bag there was the material for the proyect) We went out and saw a picture, on which was written “ Il faut cultiver lÉurope, notre jardin” , and the names of the school of Poland, France, Italy and Spain. Then our friends of Poland showed us the school, it was really big, and we did something with a candle and we painted butterflies. Later on we planted the tree of the proyect. We went to the town hall and they gave us presents too. We returned to school and we had a class about the environment. And we finished playing some games in the gym. In the afternoon we went to Poznan and saw the town hall, the churches and a place where the people danced ballet, and we went to a shopping center, it was called The Browar.
Tuesday 22:
We went to a park. Then we did a barbecue and we ate sausages. Then we visited a museum that was a house of a man. The man had travelled to different parts of the world and he had reconstructions of monuments from those places. In the afternoon we went to cook to Agnieszka´s house. There we cooked muffins and cakes.
Wednesday 23:
We went to Rogalin castle, we saw the garden and the gallery. And later we visited a Botanic Park it was really nice. In the afternoon we came back to school to eat the cakes but the polish school had prepared a party for us. The polish people danced and then all the people danced (danza kuduro, la Macarena, la bamba…) It was really funny, we enjoyed the party a lot. Then we went to Fabian´s house where we had the dinner
Thuersday 24:
We went to Poznan and we visited a museum of art, it was called Narodowe. We saw some pictures and we had to answer some questions, and we painted a picture. Later we went to the city center and we saw the façade of the town hall. Every day at 12:00 two metal goats appear on the tower and ram their heads 12 times. Then we had to answer some questions again and later we went to buy some souvenirs. In the afternoon we went to a shopping center , it was called Malta. We were walking around a lake. Near the lake there was a roller coaster. It had a very good view of the lake. Finally at 23:15 we returned home.
Friday 25:
That night some persons slept two or three hours but other persons didn´t, for example I didn´t sleep, I was watching the TV with the family. At 2:00 we had to be at the school to catch the bus. It was so sad, many people cried a lot. And at 13:30 we arrived to Jerez. All the Spanish and the Polish hope to see them again , because we spent two fantastic weeks together in El Puerto de Santa María and in Lubón.
Autor: cristina parra o 13:46 1 commentaire: Linki do tego posta 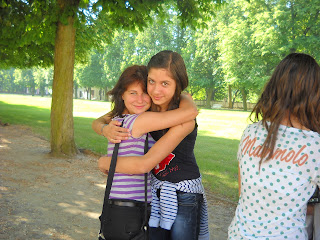 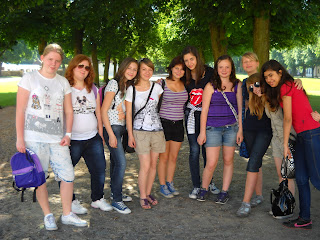 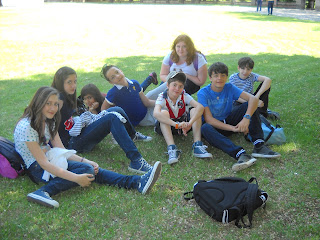 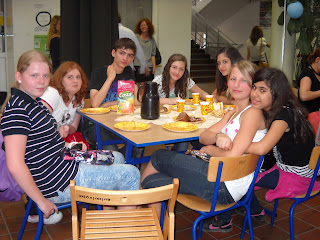 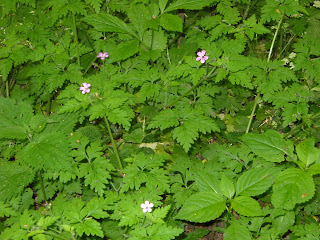 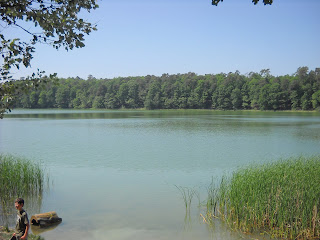 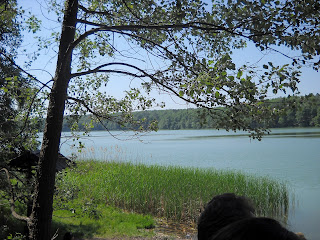 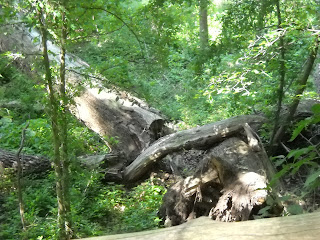 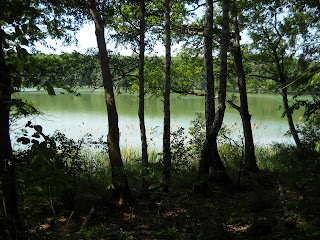 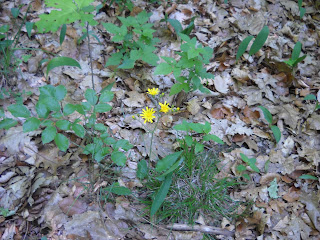 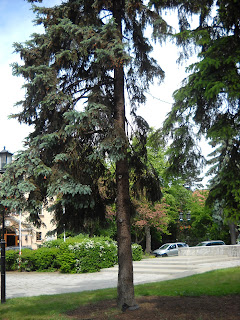 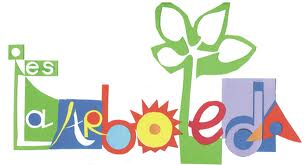 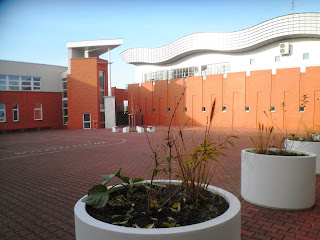 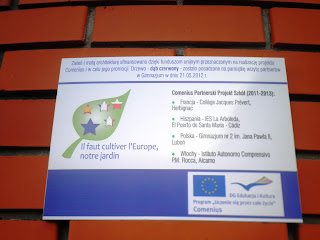 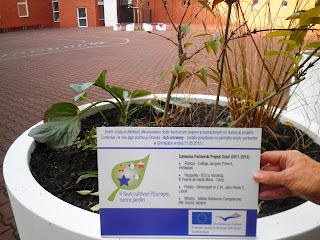 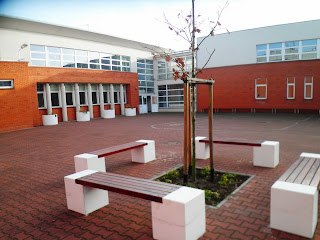 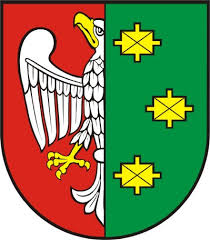